While Steve and I were standing in line at Tanesco (Tanzanian Energy Supply Company) to pay our electricity bill, we noticed a reality-type game show playing on the TV in the corner. It looked like any other reality show – an attractive host, beautiful beach scenes, some participants battling out the challenges for the ultimate prize… And it looked to be a Tanzanian show, with a very high production quality. Since I’m already interested in the state of video/television production in Tanzania, I was intrigued.

At the end of the next commercial break, as the show was starting up again, we noticed that it was sponsored by a product… Dume… but we couldn’t figure out what the product was. Of course, we asked the young Tanzanian man in front of us what this product was, and after fumbling with his words for a few seconds, he told us “condom.”

It was then that I noticed that the game show participants were all wearing t-shirts and caps with the Dume logo emblazoned across them. How odd to us from the US, to see an entire reality show very boldly sponsored by a brand of condoms!

At first I assumed this was just one of those ‘cultural differences’ between Africa and the US. But after a little bit of searching online, I came across a few things that make me think this is more than just your typical Tanzanian game show.

The first is this article,
http://allafrica.com/stories/201209010390.html
which is about Tanzania’s continued efforts against HIV/AIDS transmission, and which mentions this reality show in the last paragraph, as part of that effort. The Dume Challenge. 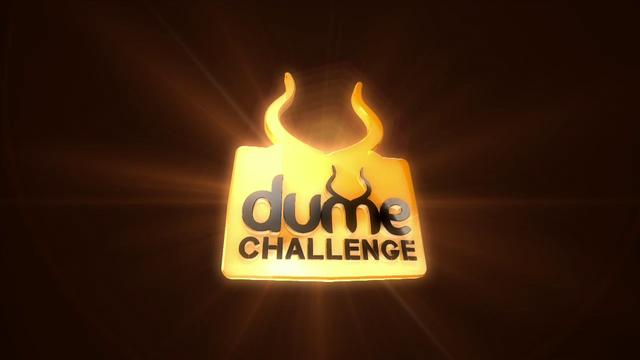 And then I looked up the organization that is behind the reality show, T-MARC.
http://www.tmarc.or.tz/index.php?id=39
A local, Tanzanian-run social marketing organization, with partners like USAID, the CDC, and the Bill & Melinda Gates Foundation, whose purpose is “to develop and expand consumer markets for a broad range of health products” in Tanzania.

Turns out the Dume Challenge game show is part of a larger AIDS awareness/education campaign funded by USAID, in coordination with PEPFAR (President’s Emergency Plan for AIDS Relief). On their website, PEPFAR has stated that some of their current goals are to create ‘country-owned and country-driven’ projects and to ‘address HIV/AIDS within a broader health and development context.’ It is interesting and encouraging to see these goals unfolding on this end, with local players addressing local issues. My sleuthing only got me so far, however. What I’d really like to know is who came up with this HIV/AIDS campaign idea in the first place?

On that note, let me leave you with the intro to The Dume Challenge, which I found on YouTube.

2 thoughts on “The Dume Challenge”