Some of you know what chapatis are. For those of you who don’t, they’re a kind of flat bread that is commonly eaten in this area of Africa. They are definitely an African version of the Indian chapati, made with white instead of whole-wheat flour, thicker, and fried in a small amount of oil (or shortening, if you’re really living it up). 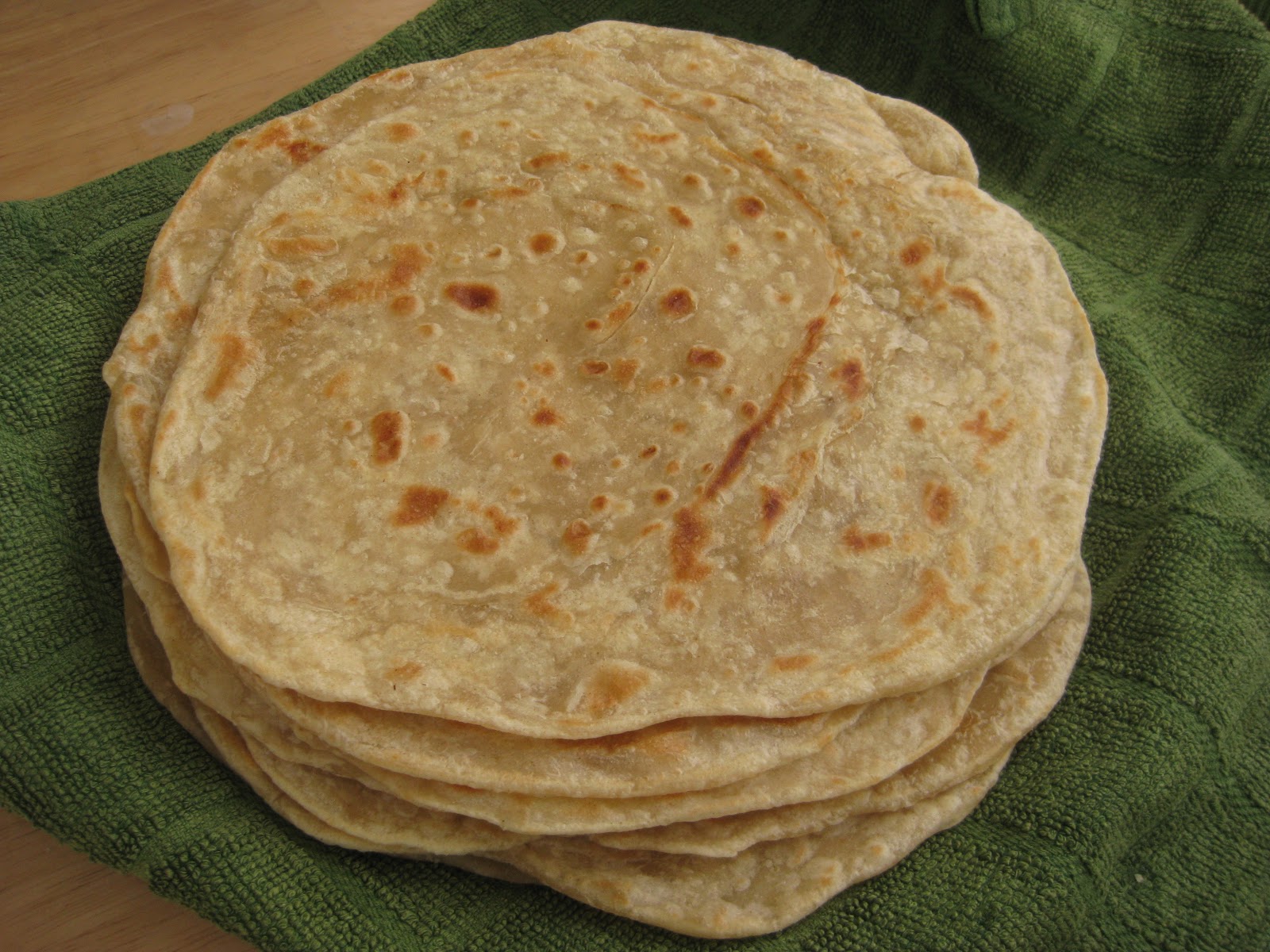 I grew up LOVING chapatis, as does every child in East Africa, I’m pretty sure, but I never actually really learned how to make them. So only a week or so after we arrived, I asked our house-help, Hadija, to show me how she makes her chapatis. Turns out she used to make them for a living – selling them for a small profit – so she definitely had it down to an art!

I thought about taking photos of the process, but decided instead to watch and learn, and then sketch it out after the fact.

As with most traditional recipes in this part of the world, there are no measurements – it’s all about consistency. But the ingredients are simple, so it’s not hard to learn.

Measure out the quantity of flour you would like to use based on the number of chapatis you ultimately want. We used about 6 cups of flour, I think. Mix in some salt, then begin to pour the warm water into the flour, mixing it in with your other hand. (I was surprised by how much water Hadija used, actually – the consistency was much stickier than I would have made it. Good thing I wasn’t making them!)

Once you have it at the right consistency, continue kneading it in the bowl until it loses some of its stickiness.

At this point add some oil, just enough to give a kind of sheen to the dough, and knead some more. Hadija also coated her hands in oil so that they wouldn’t stick to the dough. Once you have added enough oil and kneaded it well, your dough should look very smooth and slightly shiny, feel quite soft, and will no longer be sticky.

Pull pieces off the dough and shape them into the size of… hmm… I don’t know, actually. Larger than an egg, but smaller than a tennis ball. Once you have shaped out all of the dough in this way, (1) roll out your first piece until it is the size of a small dinner plate. (2) Coat the surface with a thin layer of oil, (3) stretch the dough by pulling on both sides, flip the top down, and (4) roll it into a tube so that the oil is on the inside. (5) Twist the tube around your fingers a couple of times and tuck the loose ends into the center.

This process is what gives the chapati its characteristic flaky quality.

Repeat these steps with all your pieces and set them aside. Now you are ready to roll them flat and cook them. When you roll them for the second time, they should be the size of a small dinner plate again, and about twice as thick as a tortilla.

To cook, put a small amount of oil in a frying pan over medium high heat. Place a chapati in the pan and cook, flipping frequently, and coating each side with oil a few times during the process. Hadija actually just used a spoon to both add the oil and flip the chapati. (She has fingers of steel, pinching the hot chapati between her thumb and the spoon to turn it.) Once both sides have turned a golden brown, with a few darker, crispier spots, the chapati is done.

People usually use them to scoop up the rest of their meal – beef stew, collard greens, beans, rice, sauteed cabbage & carrots… yum.

OK, so if you actually want a real recipe, the one on this blog looks like a relatively good one. The technique is slightly different, but the outcome looks the same. And it actually has measurements.

6 thoughts on “A lesson on making chapatis”